As Hala Gul nears the Syrian border with her family, Turkish soldiers chase and threaten them with machine guns if they refuse to stop and turn back. The blanket keeping Hala warm suddenly catches in the barbed-wire fence as they reach the border, seemingly a harrowing end to a days-long journey from Aleppo. After a moment of struggle, the worn blanket tears free and the family of six escapes through a hole in the wall separating their old country from what is to be their new one.

* Today, Hala is five and lives with her family in their adopted city of Gaziantep, Turkey, 60 miles from the Syrian border. Along with her father, mother, two brothers and sister, she now resides in a community enveloped by olive groves and pistachio orchards instead of army tanks and front lines.

In 2011, Abu Mahmoud, Hala’s father, was captured, imprisoned, and violently tortured by Bashar al-Assad and his regime for peaceful protesting in Aleppo. As a result, he has near-constant nightmares and both emotional and physical scars from the brutality he endured.

Hala suffers from complicated ocular conditions including congenital glaucoma and cataracts allowing her to see only inches from her face. Two of Hala’s older siblings, Sabiha, 17, and Bashir, 15, also have severe physical disabilities. The children's medical expenses deplete any money the Turkish government gives to the family as “guests” of the country.

Despite the torture and oppression Hala's father endured at the hands of his own country, his children's struggles plague him most: “This is what keeps me up at night,” he says. “It opens the scars on my heart and makes them itch.”

While the Gul family grapples with the misfortune of their circumstance, Hala’s vivacious and radiant spirit is a guiding light in their pursuit of peace.

Over the last year, I’ve spent time with Hala and her family in their home and throughout the Anatolian countryside documenting their daily lives, hearing of their past, and speaking of hopes for their future.

This ongoing project explores the realities of what being a refugee today looks like through the lens of a fearless young girl who has already lived a remarkable life. 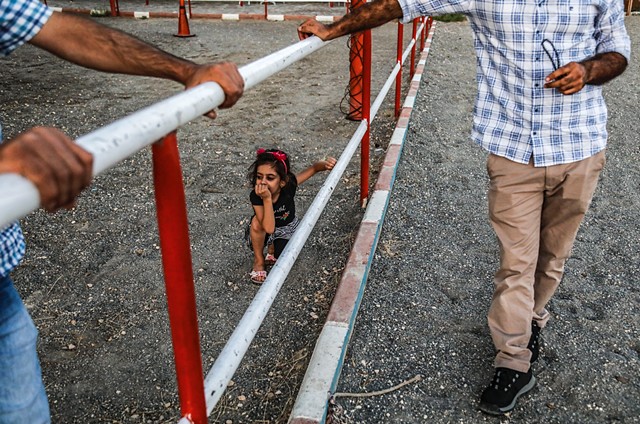 Hala takes a break from riding horses at a Pony Club outside of Sanliurfa, Turkey. 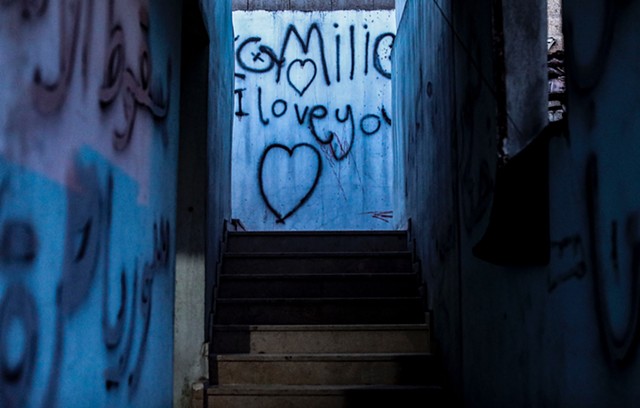 Old graffiti remains at the top of an outdoor staircase leading into Hala's home in Gaziantep, Turkey. 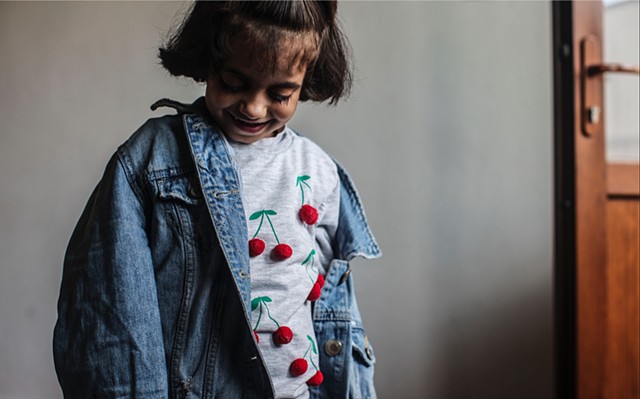 Hala wears my denim jacket around her living room. 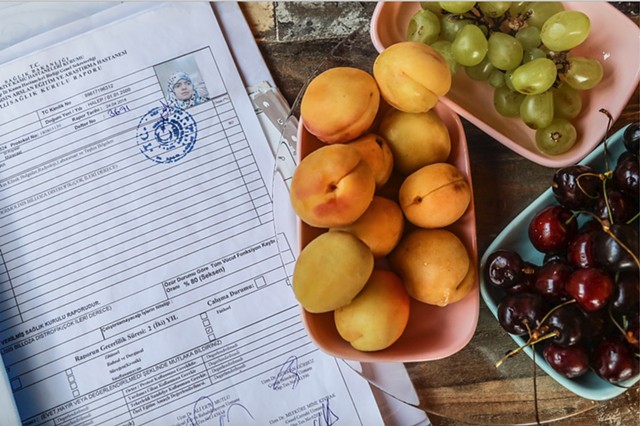 Official paperwork from the Turkish government stating that 80% of Sabiha’s body is affected by her medical conditions. Only a multitude of pills and creams can begin to help, some of which the family can't afford. 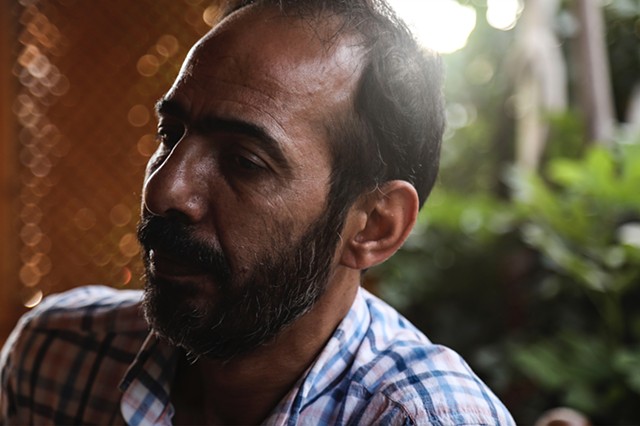 Abu Mahmoud Gul, Hala’s father, sits in a Syrian cafe near his home and anguishes over his past and the horrific state of his beloved country.
“I’m not a criminal. I just want freedom. Everyone wants freedom.” 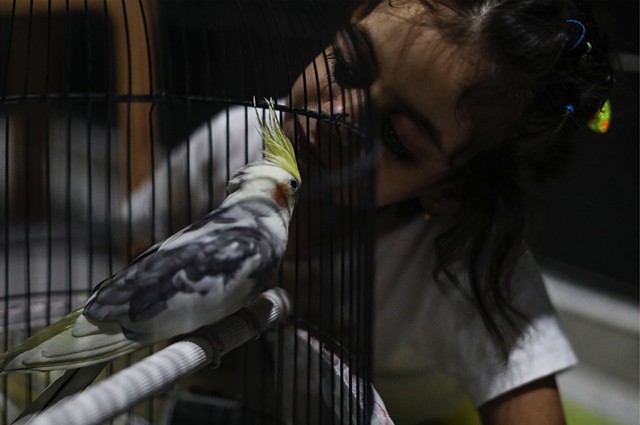 Hala sings an Arabic prayer to her new pet bird. In Syria, the family had horses, chickens, dogs, and goats. 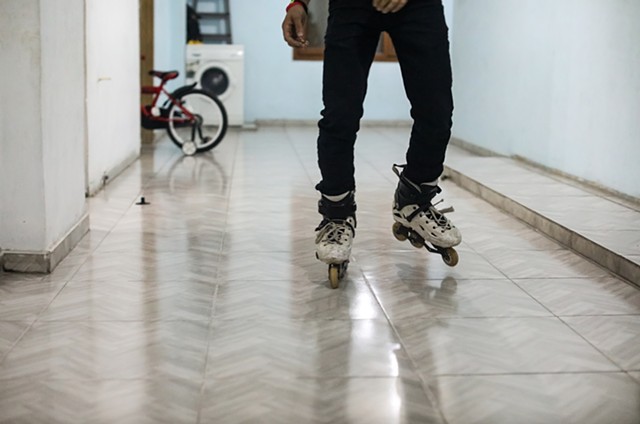 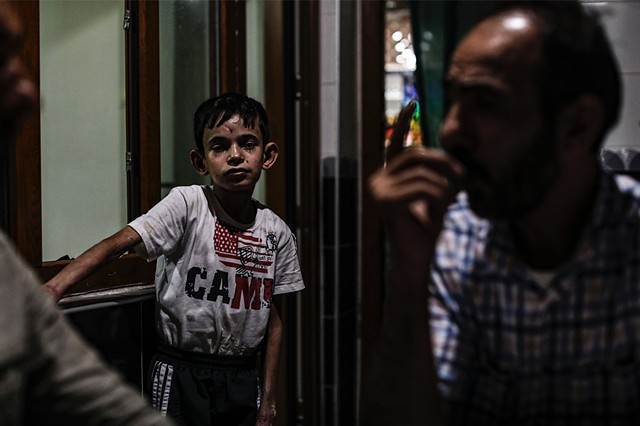 Bashir, who suffers from the same conditions as sister Sabiha, says that he'd give his eyes to Hala if he could. When his father remarks that he would still have so many other problems, he responds, "but then she'd have a good life. She'd be perfect." 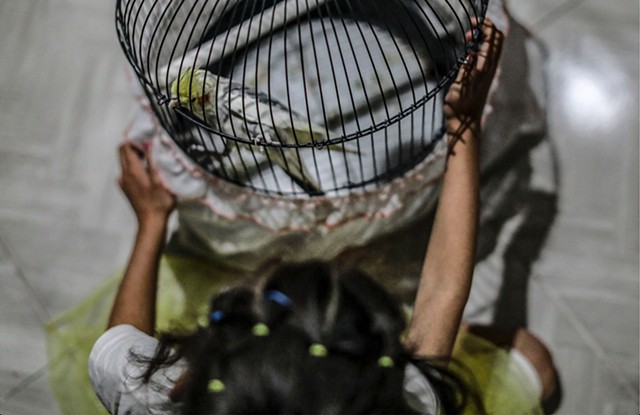 The time Hala looks forward to most each day: when she comes home from school and greets her pet bird. 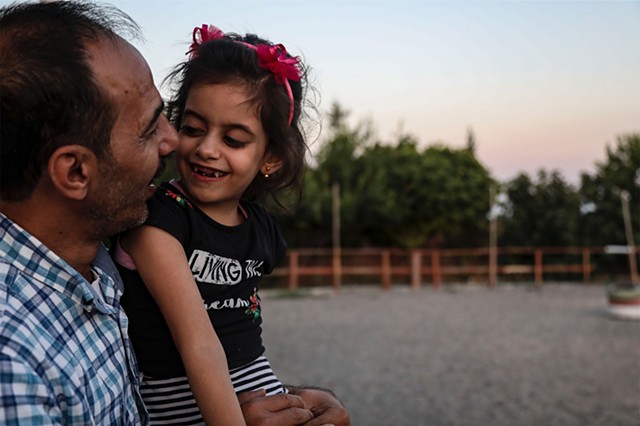 Hala and her father watch the sunset in the Anatolian countryside.
In order to leave the city of Gaziantep, Abu Mahmoud must apply for permission from the Turkish government or risk immediate deportation to Syria. 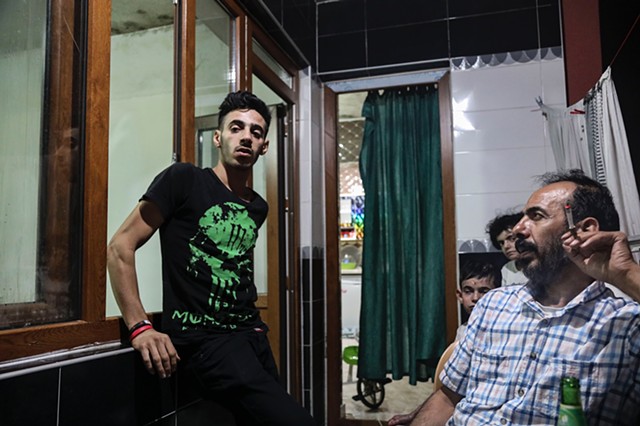 As the eldest of the siblings, Mahmoud Gul's terrifying memories of the day the family fled through the Syrian border are unmistakably vivid.
"But I knew," he says, "that it was just the beginning." 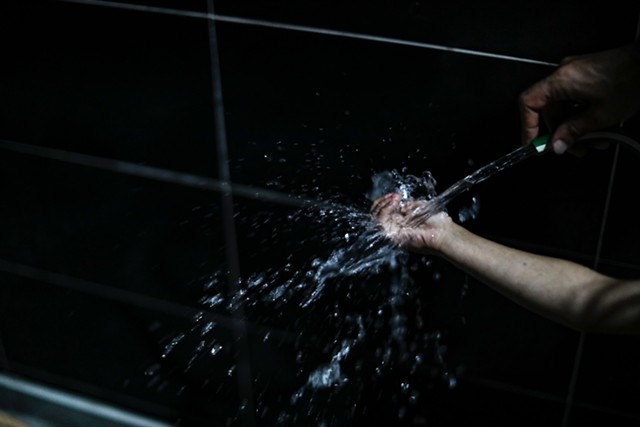 Hala washes up on the balcony before dinner. 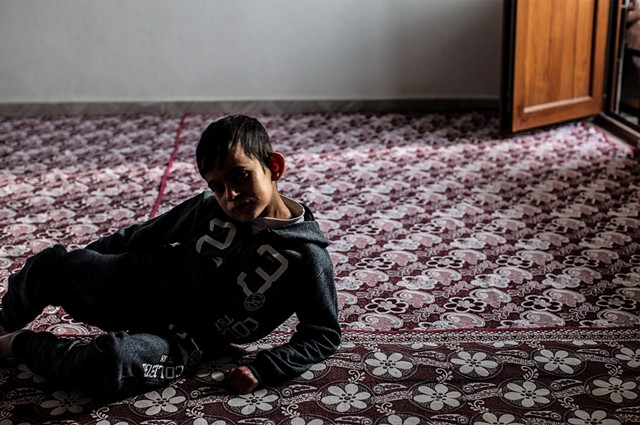 Bashir, 15, has immeasurable hope for the future of his country and refuses to give up."We will beat him," he says of Assad. "We will get our rights." 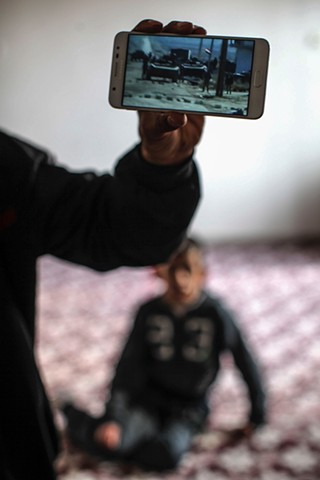 Abu Mahmoud plays a video of a particularly brutal day in Aleppo; tractors pick up Syrian citizens and drop them onto trucks like construction debris.
"We weren't even human to them," he says as tears well in his eyes. 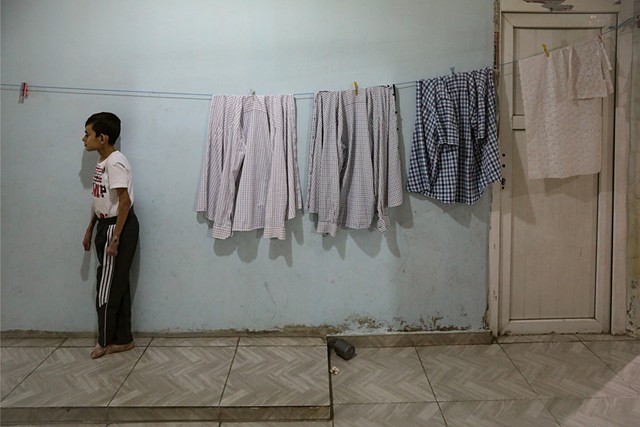 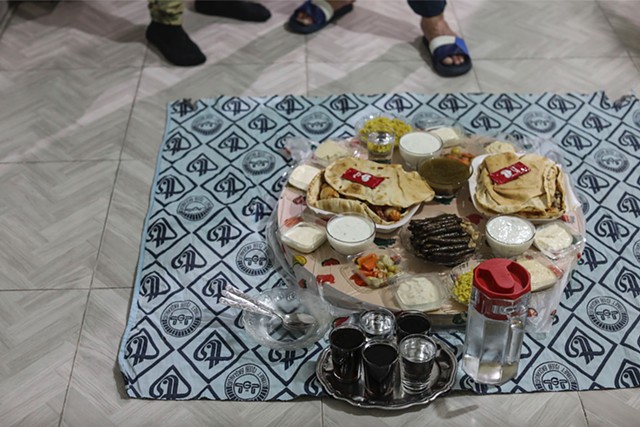 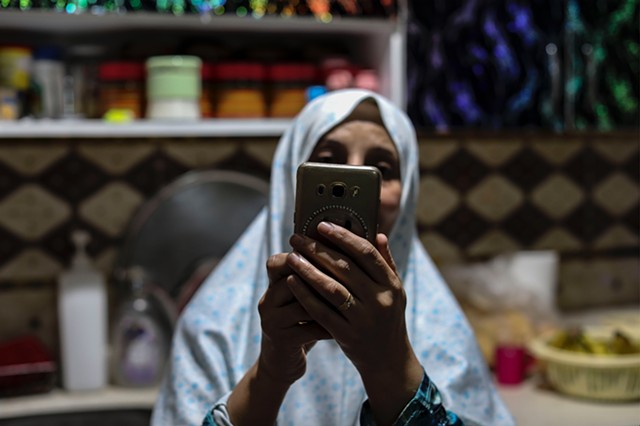 Baheya, Hala's mother, video chats with her eldest daughter, Hadice, who lives in Idlib, Syria. Baheya and Abu Mahmoud have been married for 18 years and live with four of their five children. 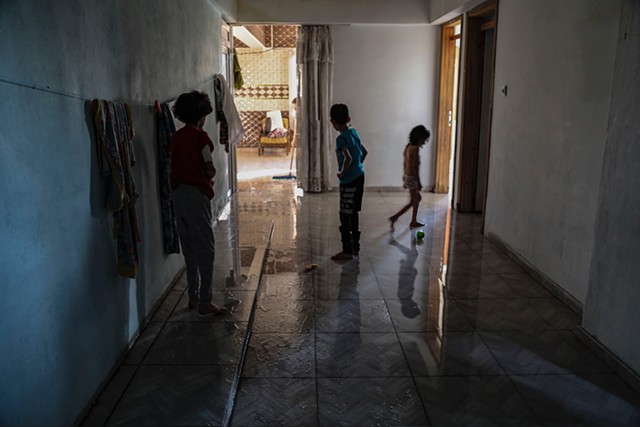 Sabiha and Bashir watch Hala play in the family’s living room after the floors are freshly washed. 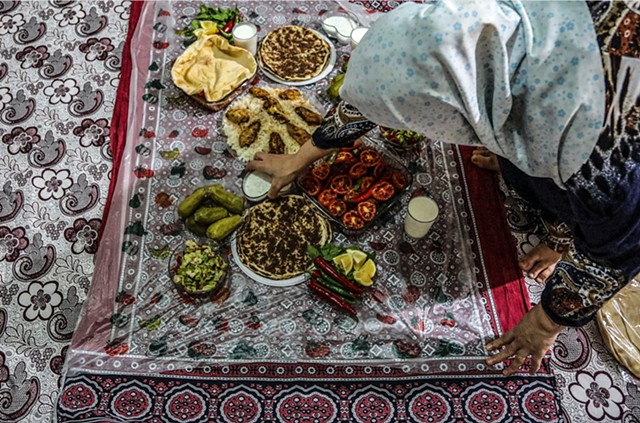 Baheya serves a traditional Syrian dinner in her home. 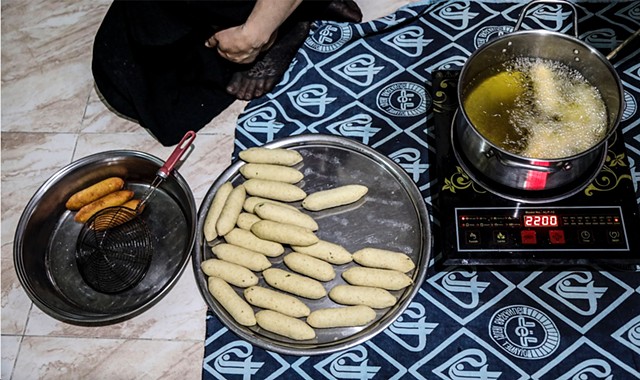 Baheya fries kibbeh, a traditional Middle Eastern dish made of minced lamb and cracked bulgur wheat, on the kitchen floor. 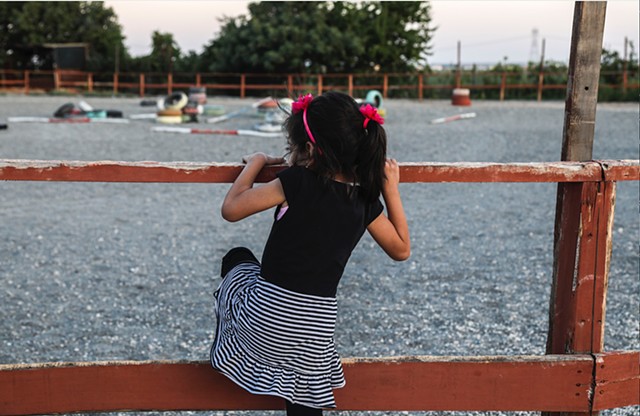 Hala at horse stables outside of Sanliurfa, Turkey, overlooking the Syrian countryside. 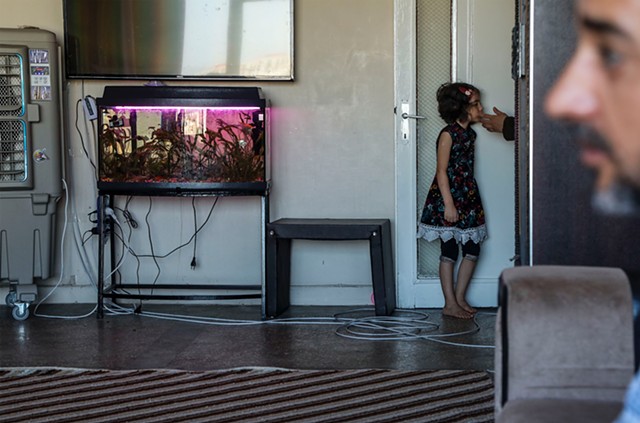 A young friend of Hala's, the daughter of a doctor that Abu Mahmoud was arrested with in 2011, is comforted by her mother in Sanliurfa, Turkey. 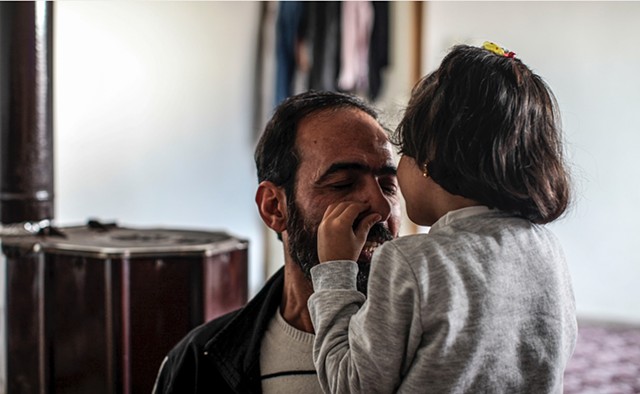 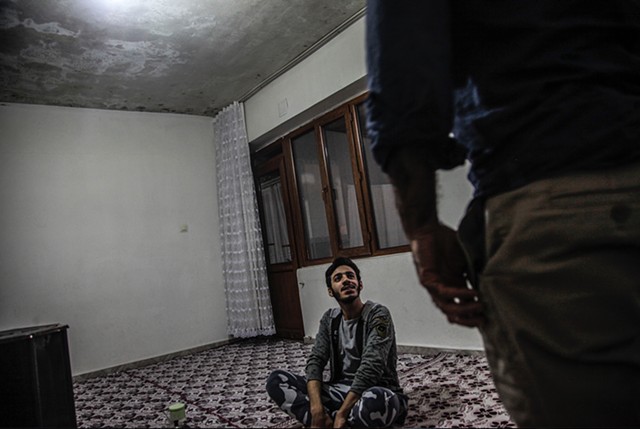 Mahmoud, 19, welcomes a visitor into the family home. 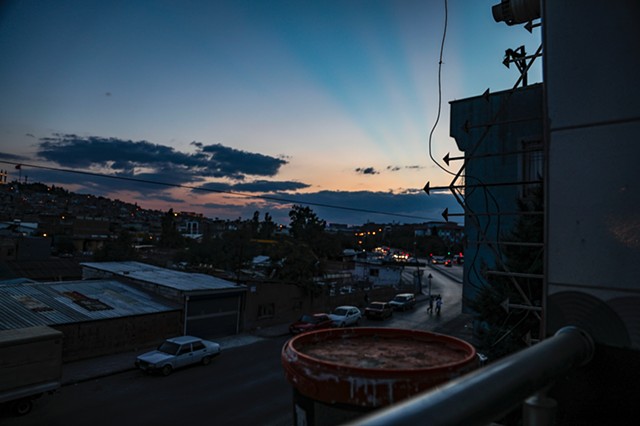 The view from Hala’s family home, overlooking their new city at sunset.